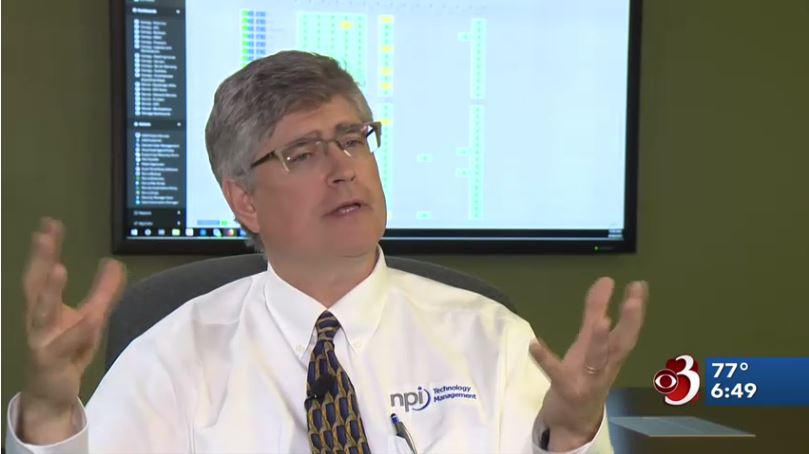 BURLINGTON, Vt. (WCAX) A mobile app is all the buzz on social media and newsfeeds. But while it’s aimed at a quick laugh, it’s also raising security concerns.

A social media trend has celebrities like Carrie Underwood and Mike Fisher, and basketball star Dwayne Wade joining the fun. FaceApp allows users to digitally edit a photo to make them look older, younger, or even the opposite gender.

Elliot Larmee of Burlington was one of the folks we spoke who have also tried it out. “You pretty much just put your face up to it and you can be an old woman or an old man,” Larmee said. “I had a very nice looking beard. I looked very handsome if I do say so myself.”

“It throws me off — see what you look like in a few years of course,” said Marquise Dowe of Burlington

The app continues to trend even with concerns over the apps terms and conditions that are making headlines. They warn that the Russian company will have access to your photos.

“This is not to say it’s not a concern, but perhaps the concern was a little overblown,” said Eric Hart of NPI technology management in South Burlington. He says the app does ask for permission before it accesses your device and that the terms and conditions state the app only takes the photos you upload. “They are not grabbing additional photos. We have verified that from traffic that leaves the phone.”

Hart says this would be an issue as your photo could be attached to fake social media accounts or add campaigns with your picture attached, and that can be hard to get rid of.

Hart urges consumers to be smart when it comes to online apps. “Once you put this stuff in the cloud, it’s in the cloud and they can do with it what they want. That’s true with Instagram, Snap Chat, Facebook,” he said.

When it comes to FaceApp, one thing Hart says shows promise, is that they charge you after a the free trial. “Usually if they are not charging you then you become the product — they are selling your data or sharing your data,” he said.

That’s something users we spoke with say they are aware of. “If you post something on social media, you shouldn’t be worried about it — you’re already putting it out there,” Larmee said.